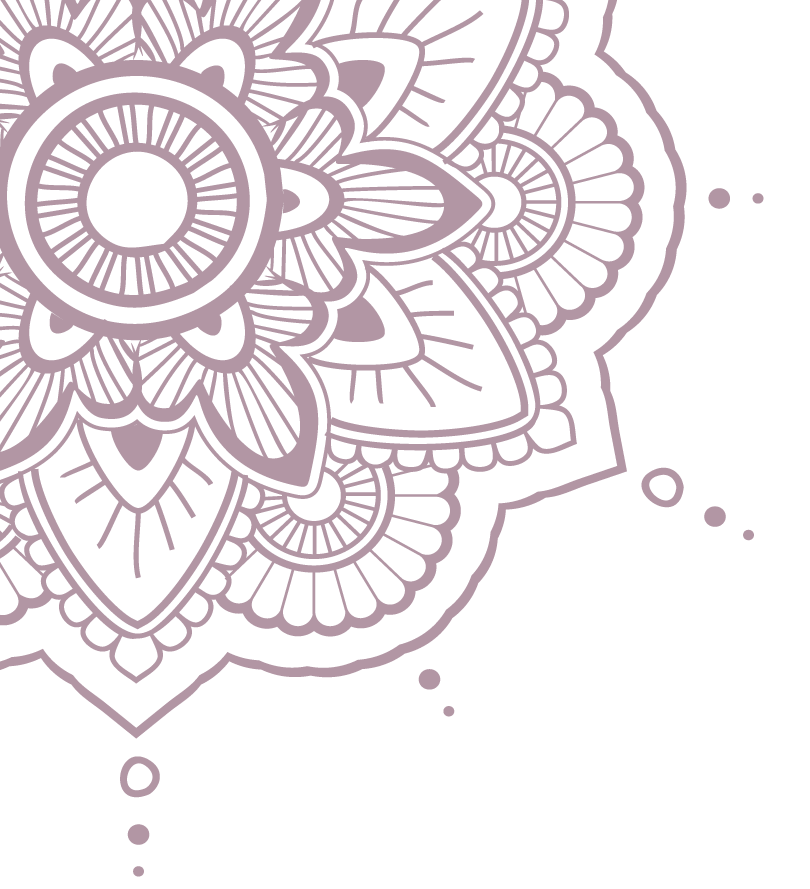 The New Science On The Health Benefits Of Yoga 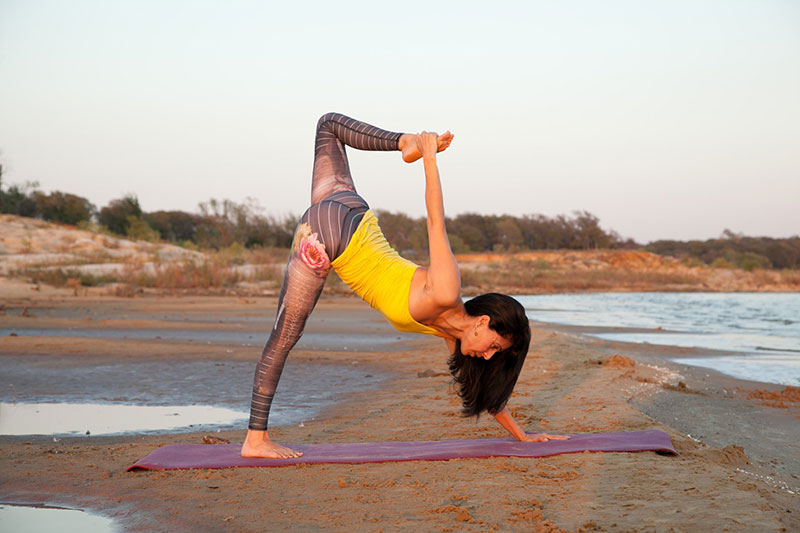 The New Science on the Health Benefits of Yoga by Cristina Goyanes – Huffington Post!

Sarkar practices one hour (25 minutes of asanas, 25 minutes of pranayama, and 10 minutes of mediation) every morning and, at age 65, is feeling better than ever without any medication. Retired from his private medical practice, Sarkar is now a yoga teacher and clinical researcher focusing on yoga’s many health rewards. To help deliver his findings on “The Science on the Health Benefits of yoga” to his physician friends, he founded a course called Yoga Therapy for Medical Professionals in 2010 that he teaches three or more times a year.

“What I’ve found through studying yoga therapy is that people who have a daily practice have effortlessly and automatically changed their lifestyle. They eat better, sleep better, their lifestyle is more regulated,” says Sarkar, who also serves as chairman of the School of Integrative Medicine at Taksha University in Hampton, Virginia. Don’t just take his word for it. Hundreds and thousands of scientific studies support his beliefs. As further proof, we dug up some of the most recently published works (all in 2015) on the perks of a persistent yoga practice.

[tweetthis]People who have a daily yoga practice have effortlessly and automatically changed their lifestyle.[/tweetthis]

Sarkar, the poster child for this one, explains how: “Hypertension is due to a constriction of blood vessels, and heart disease is due to blockage in the coronary arteries. When relaxation sets in, yoga therapy relaxes blood vessels and reduces blood pressure while increasing the blood flow to the heart muscle.” A study published in the April issue of the journal Diabetology & Metabolic Syndrome backs this: Researchers followed 182 middle-aged Chinese adults who suffered from metabolic syndrome who practiced yoga for a year. The activity proved to not only lower their blood pressure, but also help them significantly slim them down, too.

Postures are the backbone of yoga, so it’s no wonder a regular practice is good for your stance. Besides straightening your slouch, it may also ease the pain. In the January issue of Israel’s Medical Association journal, Harefuah, researchers reported that yoga may be a valuable tool to treat chronic neck and low-back pain. “Herniated discs and spinal stenosis don’t cause pain. They cause an irritation of a nerve which causes a contraction of the muscle. The muscle tightness or spasm then causes the pain,” explains Sarkar, who did not work on this study. This is why doctors tend to prescribe a muscle relaxant to relieve low back pain. “In yoga therapy, when you hold a pose, your muscles contract and then slowly relax as you breathe in and out. When relaxation sets in, back pain starts to go away.”

An asana practice doesn’t just make your body more flexible, but also your brain too. In a recent study of 133 older adults, ages 53 to 96, those who practiced 30 minutes of yoga performed twice a week for more than a month saw an improvement in their cognitive function. “Focused breath equals maximizing oxygenation and movement increases blood flow to brain and body,” says registered nurse Graham McDougall Jr., Ph.D., the lead researcher of the report published in the June issue of the Journal of Neuroscience Nursing. Participants of the study saw significant gains in memory performance and had fewer depressive symptoms as well.

“The practice of yoga increases your digestive fire called agni,” Sarkar says. “So the yogic way of looking at diabetes is that the body cannot digest sugar, which is why blood-sugar levels are high. If you can improve your digestion, you can improve your blood sugar, which is great for both diabetes prevention and control,” he says. A new study published in the April issue of the Journal of Clinical and Diagnostic Research supports this: Thirty men with Type 2 diabetes who practiced yoga for six months saw a significant decrease in their blood glucose levels.

Staves off stress and anxiety.

It’s no secret that yoga is a great way to calm down. You can feel a soothing wave wash over you immediately during and after practice – and it’s not just a placebo effect. A new report presented at the Anxiety and Depression Association of America (ADAA) Conference 2015 in April linked yoga to lowering levels of cortisol, the stress hormone, especially in women at risk for mental health problems. In the study of 52 women, ages 25 to 45, who had mildly elevated anxiety, moderate depression, or high stress, those who performed Bikram (a 90-minute heated form of Hatha yoga) twice a week felt better (mood improved), looked better (pounds came off), and had better control over their anxiety.

Keeping a cool head can keep you from getting down, too. In the May issue of Complementary Therapies in Clinical Practice, researchers found that women experiencing postpartum depression saw a significant improvement in their anxiety, depression, and health-related quality of life after just eight weeks of yoga (twice a week) compared to their counterparts who did not practice yoga. In another unrelated study in the Indian Journal of Palliative Care, breast cancer patients who practiced 60 minutes of yoga daily over a 24-week period, which included surgery and radiotherapy or chemotherapy (some heavy stuff!), reported a big drop in depressive symptoms compared to the non-yoga group. Nothing like a good Warrior Pose to help you put up a good fight.

If cancer runs in your family, you may want to pick up a regular yoga practice, which has shown to prevent the genetic mutation from expressing, Sarkar suggests. Cancer patients could also use yoga as a fierce weapon to battle the effects of the disease. A study published last January in the Journal of Clinical Oncology found that performing yoga twice a week for as little as three months could lower inflammation, boost energy, and lift the mood of female cancer patients.

Your yoga teacher isn’t the only one oozing optimism. In a pilot study from Brazil published in Complementary Therapies in Clinical Practice in May, university students reported feeling good after their yoga practice, especially pertaining to self-control, self-perception, well-being, body awareness, balance, mind-body, and reflexivity. “The word yoga itself means union. It unites your mind, body, and spirit. During yoga practice, we inhale positive emotions and exhale negative emotions,” explains Sarkar, who did not work on this study. “Yoga also helps quiet the mind chatter [like endless to-do lists].”

A study published in the Journal of Alternative and Complementary Medicine analyzed the effects that 90 days of yoga had on an obese 31-year-old man. Men who had a history of fatigue, difficulty losing weight, and lack of motivation. Not only did adopting a yoga or meditation-based lifestyle help erase some signs of aging, but also prevented several lifestyle-related diseases of which oxidative stress and inflammation are the chief cause.

While Savasana sounds great during that time of the month, other poses may alleviate period symptoms as well. In a new study published in the Journal of Alternative and Complementary Medicine, researchers found that 11 women who practiced yoga in the follicular phase (from the first day of the period until ovulation) and luteal phase (during ovulation) of a menstrual cycle felt more relaxed or were in a more peaceful mental state immediately afterward compared to the control group. 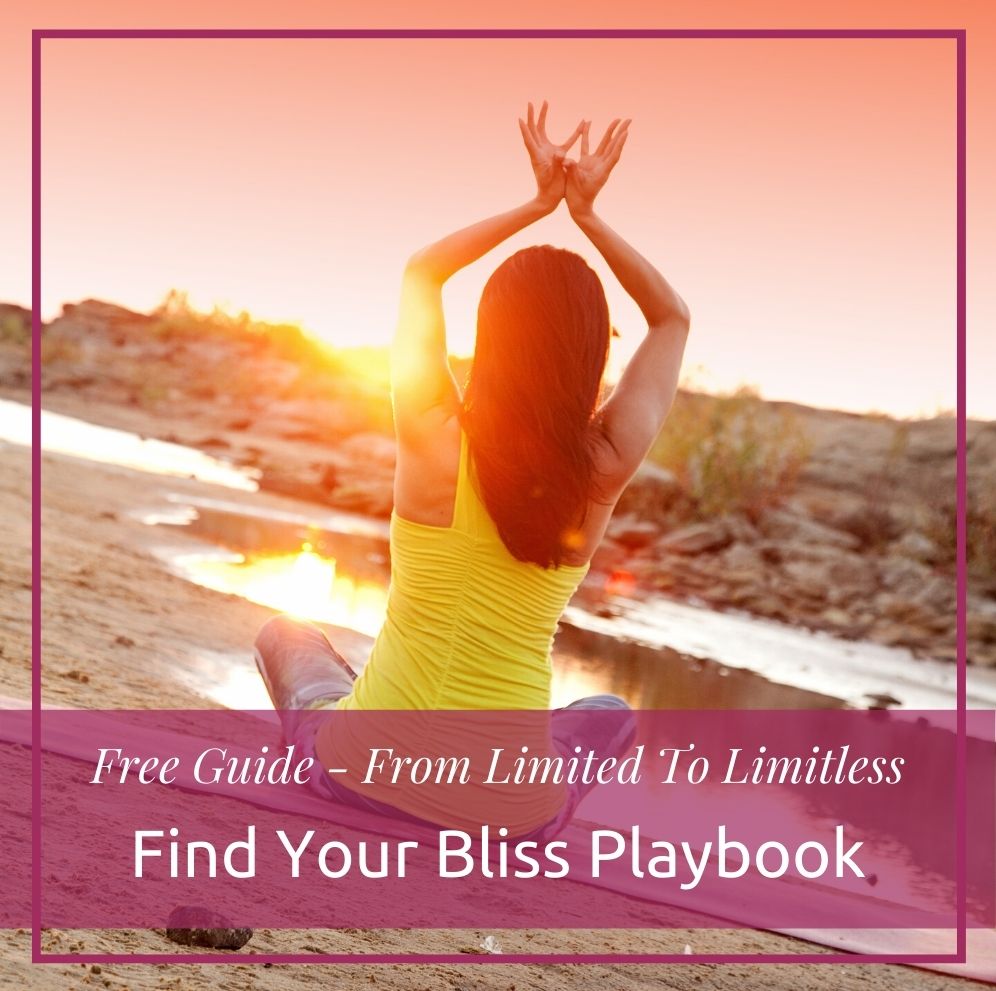 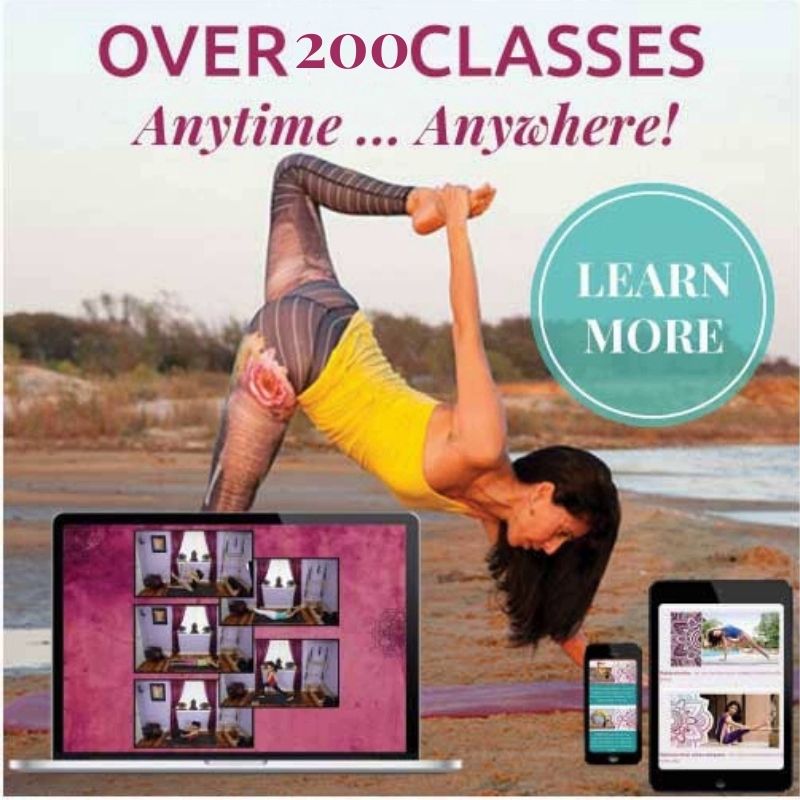 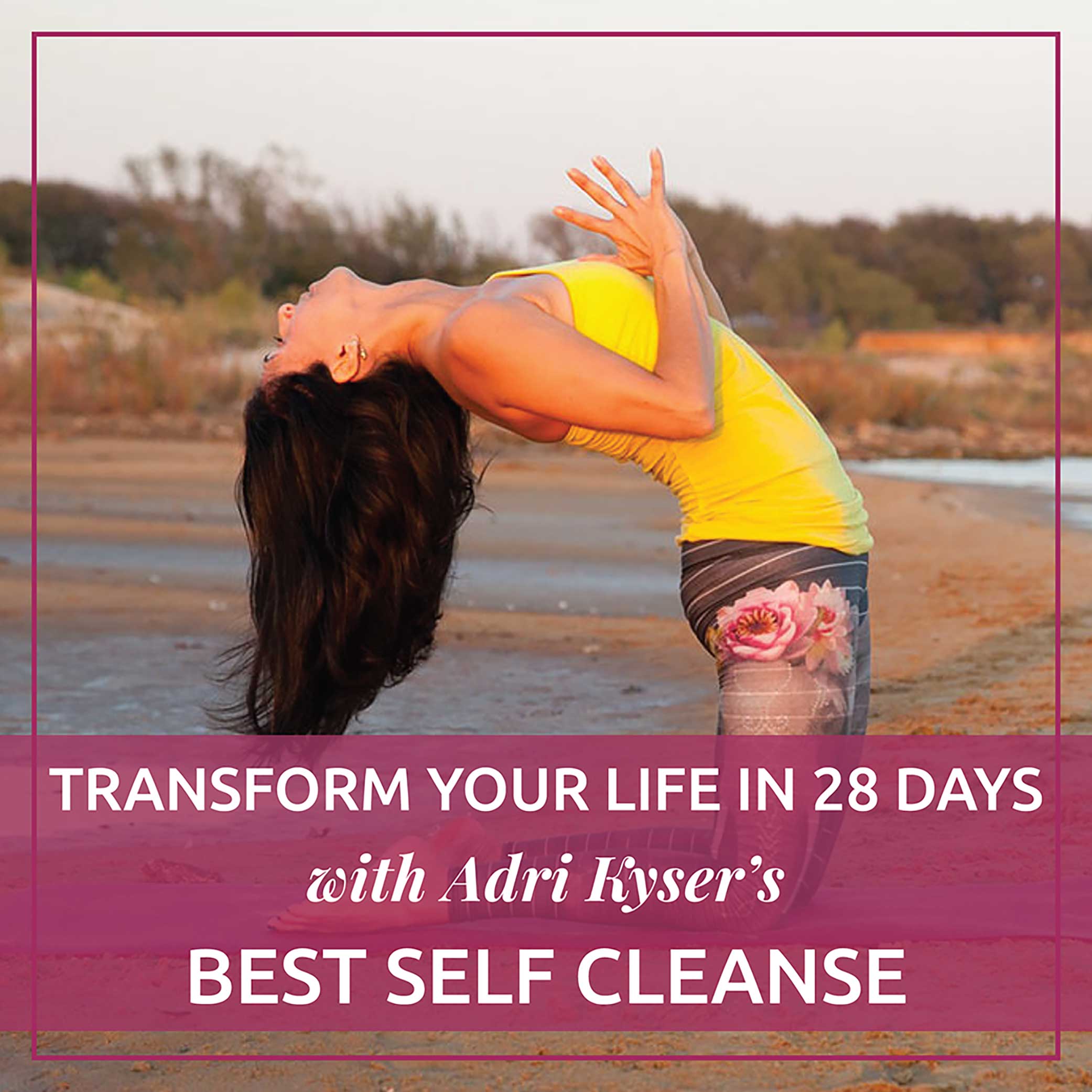 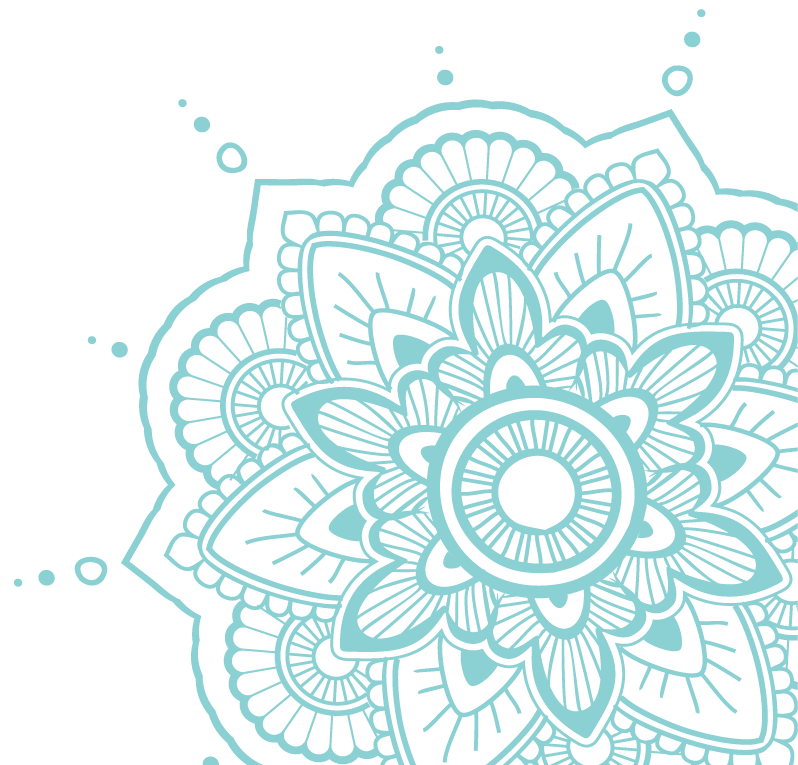 Would You Like to Feel
Inspired, Empowered & Joyful
On a Daily Basis?
Yes!
No, thanks.
Scroll Up